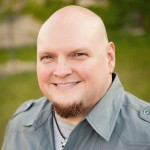 Born to missionary parents in Japan, Robby had an early start in ministry. In his father’s church he began a children’s ministry at the age of 12, and became the youth minister at 16 years old. Robby says, “I knew from a young age that God had called me into ministry. My parents say that from the age of 2, I told people that I would grow up and be a missionary.” In many ways that has been the case in Robby’s life.

Robby and his wife, Angie, married in 1992, have pastored the Vineyard Church of Aurora, IL since 1996. They feel God called them to plant in a poor urban community, and continually use “power evangelism” to gather for the church. They estimate that over 50% of current attenders have come to Christ at the Vineyard Aurora, and that almost ¾ of those have come through “power” encounters.

“In addition to starting and pastoring this church, God has called me for the purpose of building up and equipping the local church with power tools for harvesting,” Robby shares. These “power tools” are prophetic ministry, healing, ministry of the presence of God, and deliverance from demonic power. Robby loves to tell literally hundreds of stories of his personal experiences, which include God using him and others he has mentored through the years to see God’s Kingdom “break in” with signs and wonders.

Having been in over 30 countries around the world, God has used him to help build the church internationally as well. He has ministered in many Muslim countries and in 2 of the top 10 most dangerous countries according to Voice of the Martyrs magazine. This is the purpose of his ministry International Life Corps.